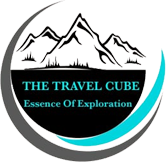 * Mentioned prices may vary depending upon date of travel, hotel availability, surge pricing and seasonal rush.

“To know the relativity between you and cosmos.”

Pancha Bhoota Sthalam refers to five temples dedicated to Shiva,each representing a manifestation of the five prime elements of nature: earth, water, fire, air, and space. Pancha indicates "five," Bhoota means "elements. The temples are located in South India, four in Tamil Nadu and one in Andhra Pradesh. The five elements are believed to be enshrined in the five lingams of the temples, with each lingam named based on the element represented.
According to Hinduism, life and the various species originated by the combination of planetary globes and the five manifestations of nature namely earth, water, fire, air, and space. Bhoota(Sanskrit:भूत) in Sanskrit means compound and maha bhoota indicates a big compound.
In Tiruvannamalai temple, Shiva is said to have manifested himself in the form of massive column of fire, whose crown and feet could not be found by the Hindu God of creation, Brahma and Hindu God of preservation (or maintainer) Vishnu. A celebration of this manifestation is seen even today in the age old traditions observed during the festivals of Sivarathri and Karthigai Deepam. Agni Lingam explains the mythics of life - duty, virtue, self-sacrifice and finally liberation by and through ascetic life at the end of Agni kalpa.
In Thiruvanaikaval temple, Shiva represents water element where the appu lingam is submerged in water and a perennial sub terrain spring gushes around the lingam.
In Chidambaram, space is worshiped as Shiva (akasha lingam) to signify God is beyond human comprehension. Unlike the other temples, this one does not contain a physical stone lingam.